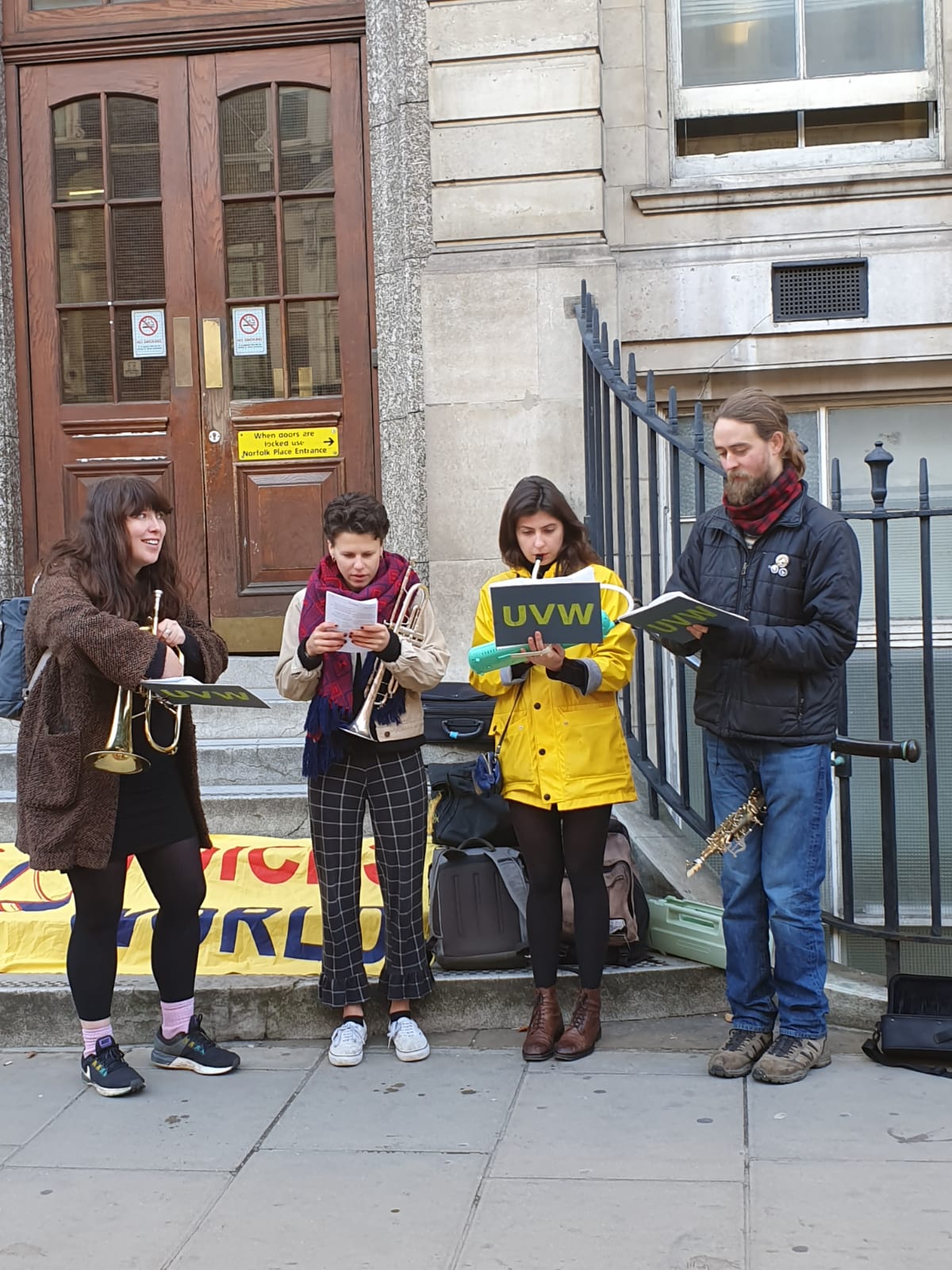 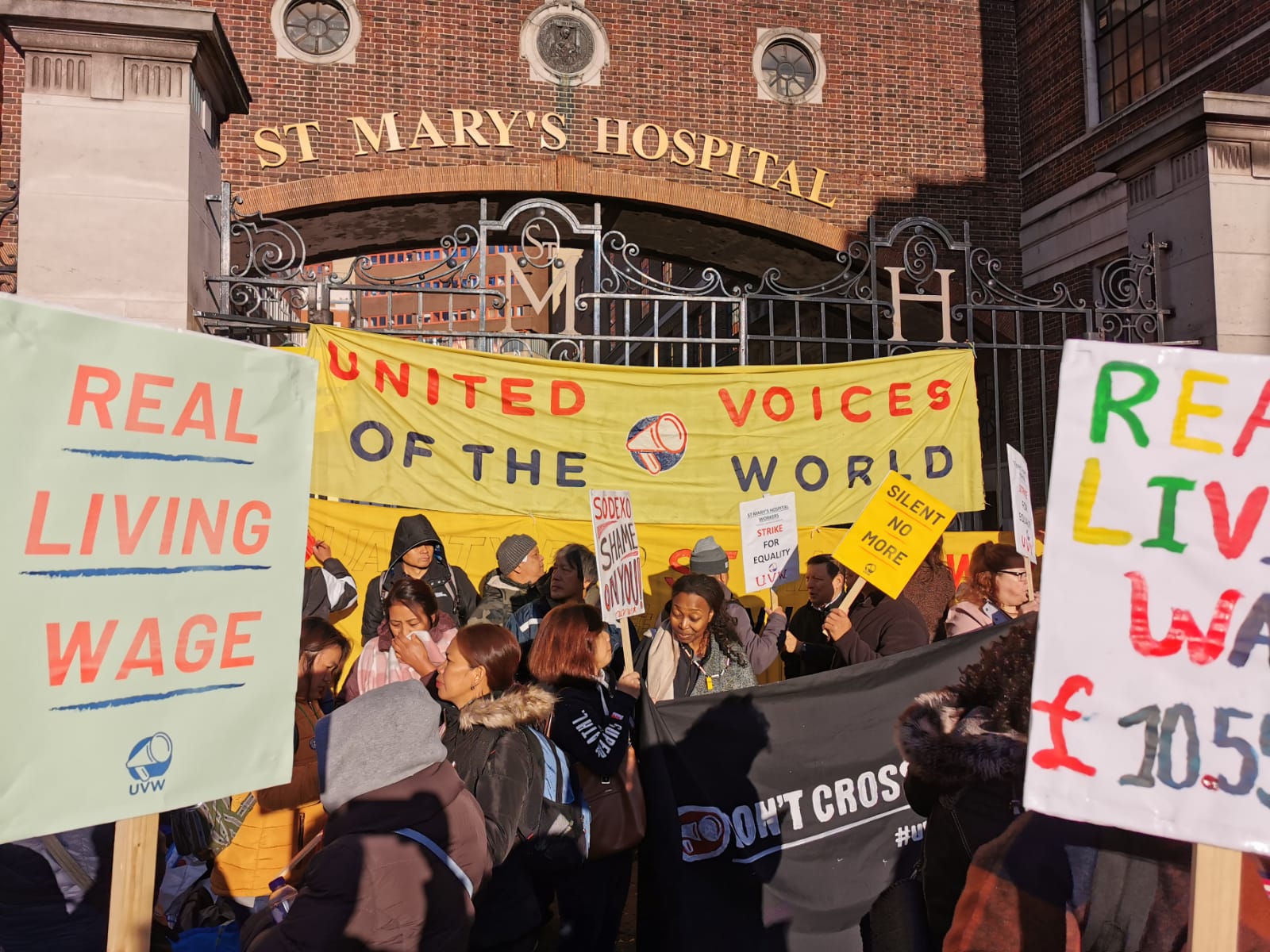 I’ve been a member of the UVW union for a couple of years, recently I’ve helped put together a band made up of union members. We’ve been out to a few pickets in November, including at St Mary’s Hospital supporting fair conditions for the outsourced staff there and City Uni supporting the strike against pension cuts.

These are the arrangements we’re playing, feel free to download and use them if you have your own band.